Blu 61 wins at the coups de coeur in paris 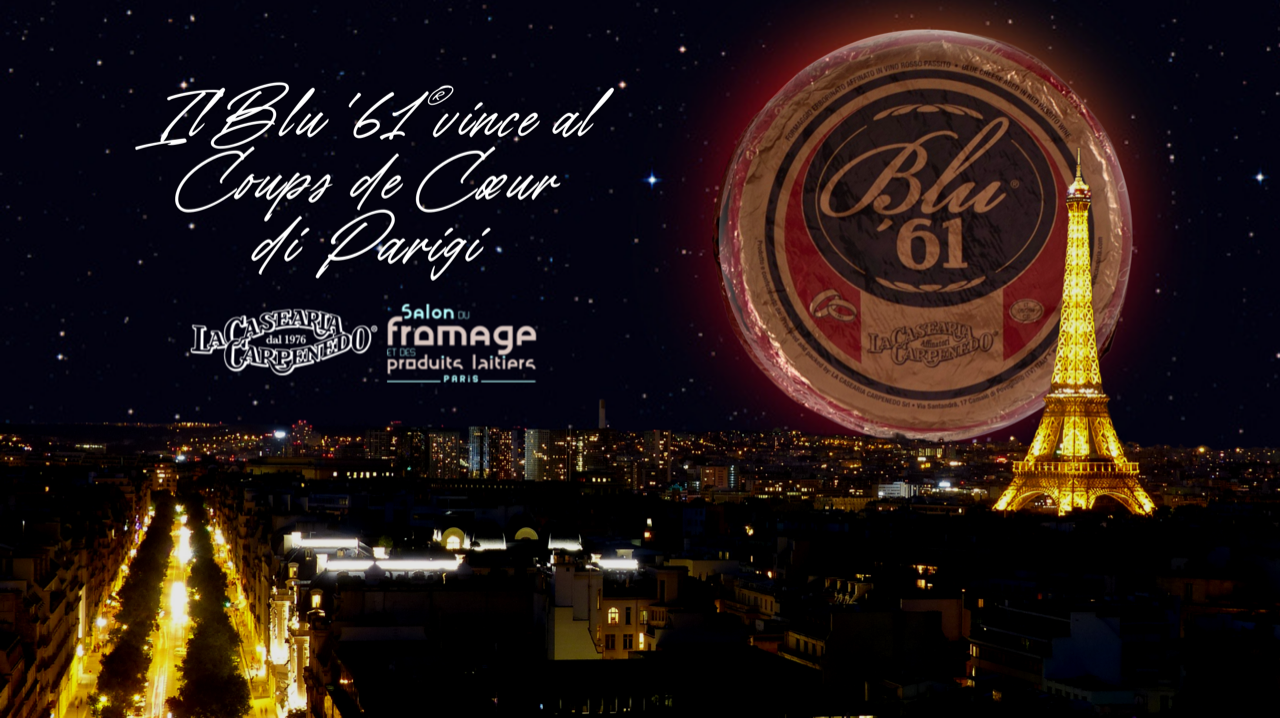 Blu'61 wins at the Coups de Coeur in Paris

An extraordinary result for Blu'61, the crown jewel of the La Casearia Carpenedo production, that wins the Coups de Coeur Competition at the "Salon du Fromage et des Produits Latiers in Paris", being therefore one among the 12 best cheeses out of the 117 participating the compatition. The jury was made of a panel of expert from all over the world including Virginie Dubois-Dhorne, as best maitre fromager World Champion 2021.

Getting such a recognition in France, the city of love, for an Italian cheese created to celebrate the bond between the founder of the company, Antonio Carpenedo and his wife Giuseppina who married in 1961 is a favorable sum of meanings sewn togheter by a fil rouge that feels like a life lived with infinite passion.

Casearia Carpenedo will be exhibing at the Salon du Fromage in Paris from February 27th to March 2nd, 2022.

Blu'61 is a pasteurized cow's milk blue cheese, aged in Raboso Passito Veneto IGT wine with a top of cranberry crust. Unique in its elegance and harmony, it has a creamy paste with diffused green-blue veins due to marbling, it releases a surprising symphony of aromas and has an intense but balanced, never pungent taste, with flavos of red fruits. The structure has the typical hints of sweet scents of Passito Raboso. It goes well with red passito wines.

Casearia Carpenedo has built its way over the years with heart, creative vision, originality and great vision. It's long history of craftsmanship is today combined with an intense research and experimenting activity, always aiming for the excellence by respecting and selecting the best raw materials, inspired by the ancient peasant traditions but at the same time keeping up with innovation.